Birmingham Should Stop Trying To Be The Next Silicon Valley 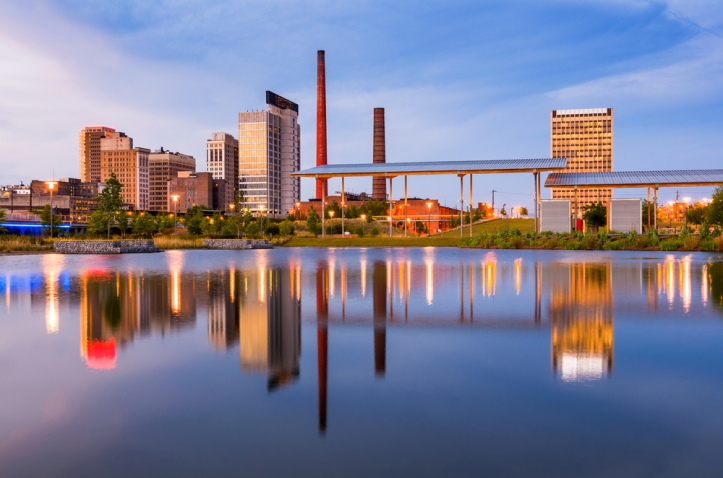 Birmingham has gotten some great press lately, most recently in the form of a Forbes article about the city’s bid to become the Silicon Valley of the south.  Being a big booster of the Magic City, I of course read and then shared the article.  Of course I’m excited about successes bubbling up in Birmingham.  My family lives here.  I spent many of my formative years here.  I’m starting my new company here.  Many of my best friends call the ‘Ham home.

Being the next Silicon Valley is the last thing Birmingham should aspire to be.

I love California, and have spent a ton of time working there over the years from San Francisco down to San Jose.  What has happened there over the last several decades is nothing short of magic.  It isn’t hard to see why a city would aspire to be like the valley, with the huge economic growth, the quality of life, and all of the other great things that have come with being a tech hub.  If it is so great, why shouldn’t Birmingham want to be the next Silicon Valley?  The biggest reason has nothing to do with any shortcomings of life in Silicon Valley, but more to do with the yawning gulf between that engine of innovation and the one we should seek to build in Birmingham.  In short, trying to be the next Silicon Valley is not an authentic path for Birmingham, and that lack of authenticity will prove fatal to efforts to build a vibrant technology community in a small southeastern city.  Birmingham ain’t California, folks.

If we shouldn’t seek to be the next San Francisco, what should we try to be?  I’d suggest we start by looking at where we have been, and where we are.  Birmingham has been at the forefront of the fight for equity, equality, and diversity for decades.  That diversity is one of our biggest strengths.  Birmingham is awash with different perspectives, different problems, and different ideas of what solutions look like.  Let’s take that and build a big table at which everybody has a seat.  Silicon Valley has a notorious diversity problem.  As Birmingham works to build its technology community, we must be mindful of aligning that community to the strengths and needs of the city as a whole.  If we do this right, not only will we have the advantages conferred by many perspectives, but it will help us attract and retain talent.  Almost half of millennials (I’m getting sick of that term, but it has stuck) rate diversity and inclusiveness as an important factor in their job search.

Birmingham has a lot going for it alongside its history, in the form of industries with deep roots in the city.  The medical field is massive and growing, and Birmingham’s skyline is dotted with cranes from several of our large construction firms.  Financial services is big here, and even though heavy industry has declined, it remains present.  All of these industries are in the midst of understanding how digital transformation will change or disrupt their business and with that change comes tremendous opportunity.  We can take advantage of the deep subject matter expertise that exists here to craft solutions that we will export around the world.  These aren’t the industries that typically spring to mind when thinking of the giants of Silicon Valley.

Smaller cities are at an inherent disadvantage when you consider factors like access to talent and capital, infrastructure and other foundational things on which successful businesses depend.  If we can’t go toe to toe against a major metro area with money and people, how can we compete?  Secondary and tertiary markets have opportunities of their own.  For example, it is easier to roll out a city scale solution in a small market while you iterate and improve.  Wyndy is a good example.  Launching in smaller markets gives them the chance to test and refine their ideas before they try to penetrate the areas that will eventually make up the bulk of their revenue.  This approach limits growth at first, but it does play to the advantages of smaller cities and can allow a smaller team to get an idea off the ground.

Instead of trying to be the next Silicon Valley, let’s be our best selves and show the world that we shouldn’t be ignored.