Bourbon whiskey has been surging in popularity in recent years, resulting in shortages of some popular brands, long lines, and camping for special releases.  Crazy.  Along with the newfound popularity of bourbon has come new bottlers and distilleries experimenting with cask finishes in much the same way the Scots have been doing for ages.  One notable brand doing that sort of experiment is Angel’s Envy.  Their flagship product is a port barrel finished bourbon, offered both as a regular bottling and a once a year cask strength release.  Several years ago a friend got me a bottle of the cask strength version which was thoroughly enjoyed.  With the whiskey gone, what to do with the awesome rough cut wooden box it came in?  Seems a shame to just throw it away.  Let’s upcycle it into something cool instead!

I’m a bit of a hobbyist maker, and have done a lot of woodworking and electronics projects over the years.  Languishing in my parts bin were most of the components I bought for a tube preamp project I started but never finished for lack of a good enclosure.  I bought the transformer and power supply from eBay as a kit, and sourced the tubes, tube shields, sockets, connectors, and passive components from a number of other places.  A little test fitting confirmed that there was room in the Angel’s Envy box to house all of the bits and pieces if I mounted the tubes and transformer on the outside. 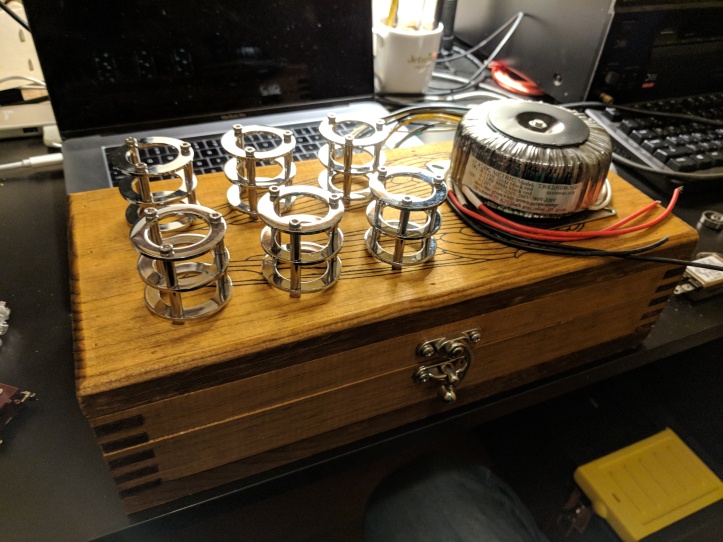 Cooling came up as a possible problem, but with the tubes on the outside and proper ventilation to get some airflow going around the power supply it should be OK.  I’ll stick a digital thermometer in there the first time it runs just to be sure.  If it is too hot, I can always route out the bottom of the case and install a quiet little fan.  A set of conical feet turned from cocobolo wood raise the box up to allow that airflow configuration to work.  Given that the enclosure is wood it can’t be used for grounding like a metal enclosure, but that’s easy enough to solve.  Another problem might be interference since a wood case does not provide any shielding.  A layer of adhesive metal foil applied to the inside should take care of that.

With parts and design in hand, I headed down to Red Mountain Makers to lay out all of the components and get the holes drilled.  One downside to condo life is that we don’t have room for a drill press and the holes needed to be more precise than I can do with a hand drill.  Thankfully our local makerspace has everything I needed and more.  As an aside, if you have a local makerspace, find it, join it and use it.  Not only will you get access to the tools you need, but you’ll find friendly people with boatloads of expertise too.  Many of them are entirely volunteer run and they depend on regular memberships to stay up and running.  After a quick trip I got the transformer, tube sockets, shields and tubes all test fit and mounted.  It will have to come apart later as everything gets wired up, but better to try the fit first before I get to soldering it all together.

There are a few parts still on order, such as a fancy chrome cover for the transformer, some internal bits and pieces and such, but it is coming along nicely.  I’ll post an update with more pictures once it is all completed, but I’m too excited about the progress to not share a bit now! 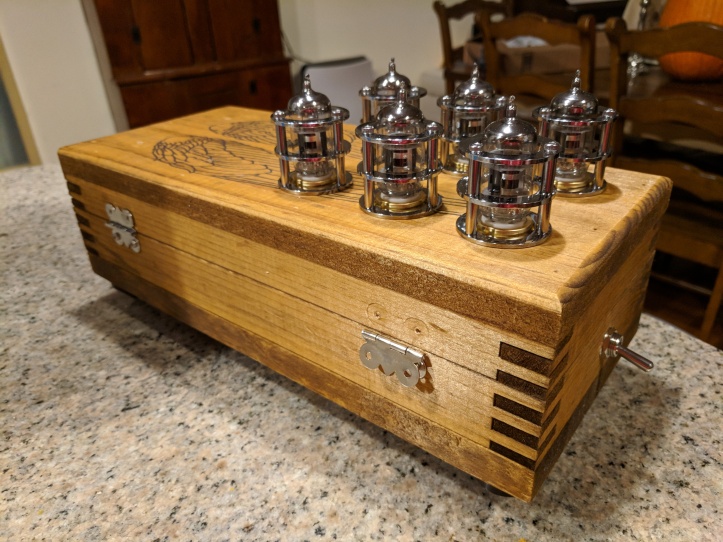 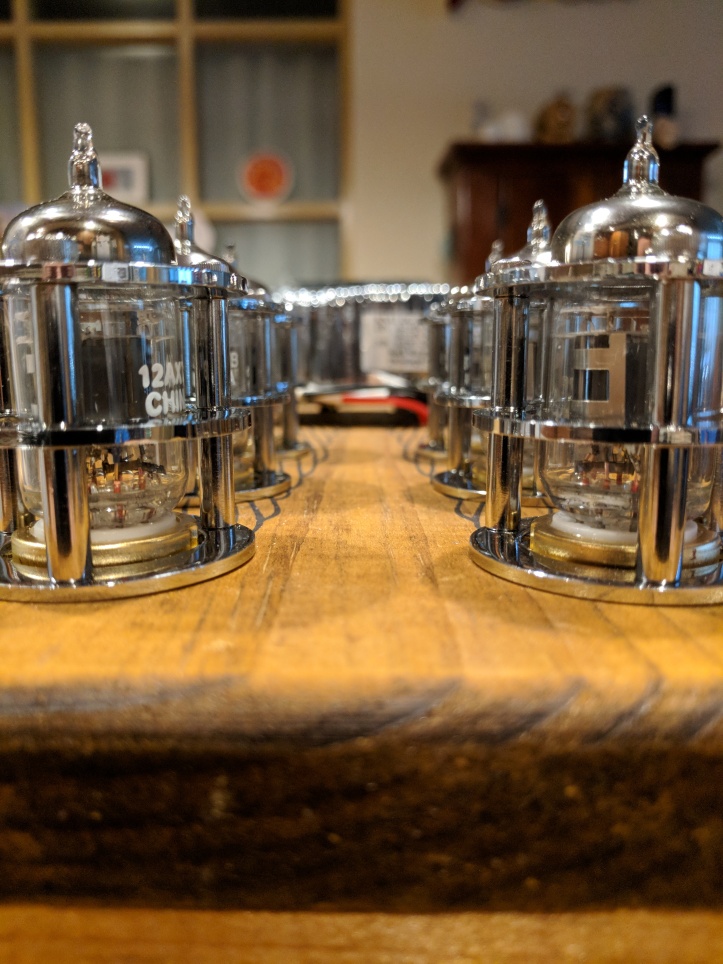 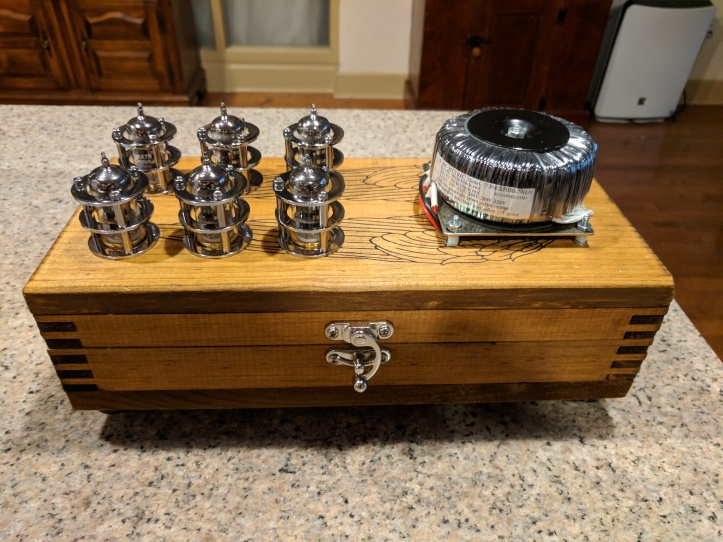 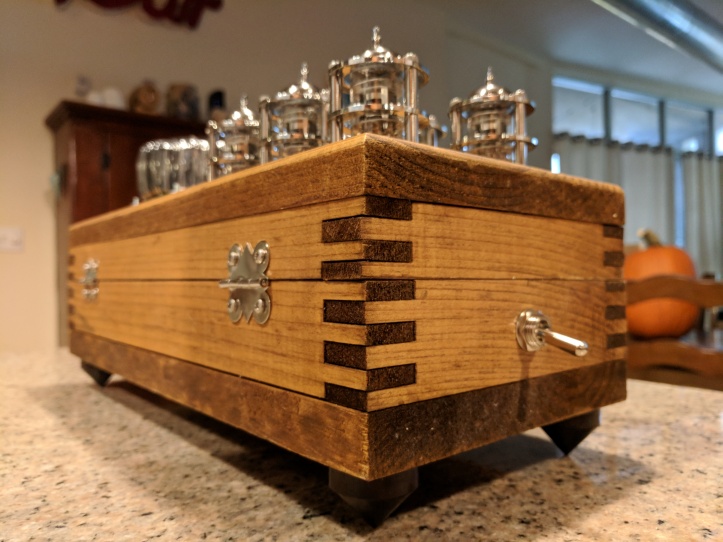 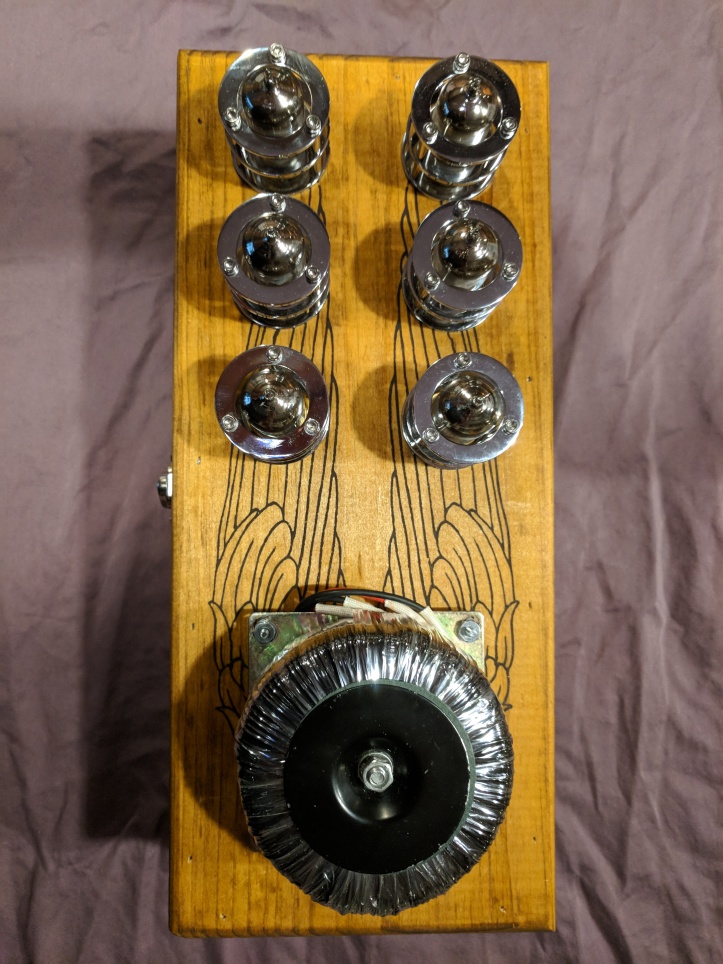 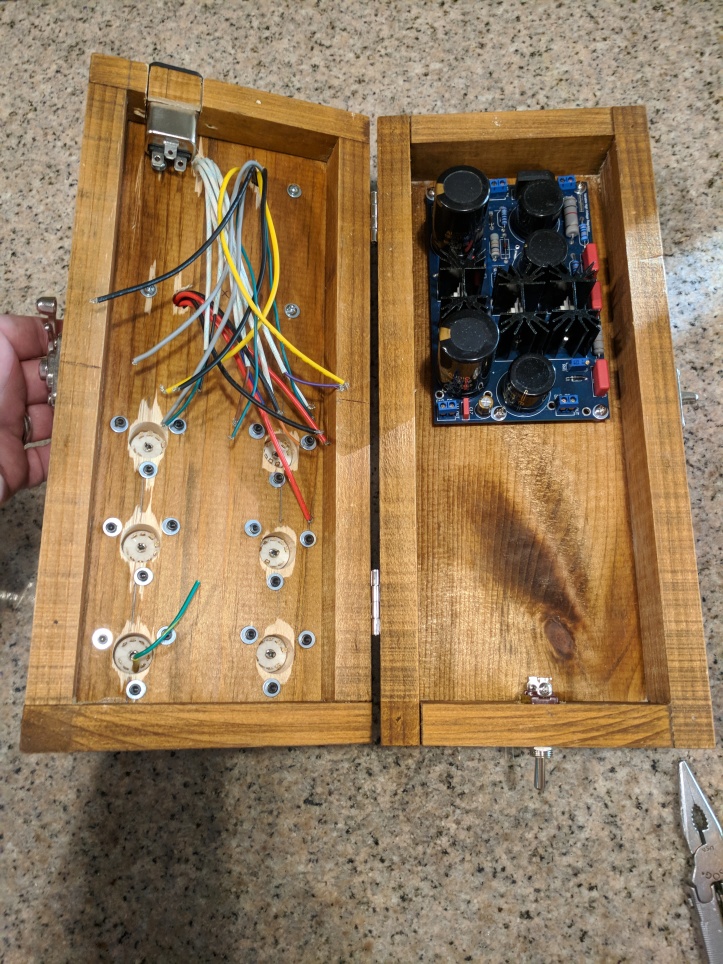